It seems that actuaries like nothing more than debating exactly how to calculate a commuted value for a member of a defined benefit (DB) pension plan who wants to transfer the lump sum to their locked-in RRSP.

Back in August 2017, Carly wrote a blog regarding the first Exposure Draft for new commuted value standards.  Well, the comments the CIA received from members were numerous and the resulting changes significant enough that the Actuarial Standards Board recently released a second Exposure Draft.

To their credit, some very smart actuaries are trying their darndest to calculate the single true market value of an uncertain number of future pension payments beginning at some unknown future date.  This is an impossible task given all the uncertainties and different perspectives of the various stakeholders (i.e. the member, the pension plan sponsor, the remaining members in the plan, the regulators, etc.).  You then layer on the tax rules, which these days often force a significant portion of the commuted value to be paid after tax, virtually guaranteeing that the remaining funds will not be enough to replicate the foregone pension income.

If I was in charge, terminating members of DB pension plans would not be entitled to portability of their benefits.  They would be forced to leave their entitlements in the plan until they were eligible to begin collecting their monthly pensions.  In my view this is for the greater good, as on the whole members would be better off keeping their DB pension promise rather than trying to invest the money themselves.  The idea of portability makes a lot of sense when it’s meant to allow DB plan members to transfer from one DB plan to another DB plan; however, significant value can get destroyed when plan members cash out their benefits, often paying taxes on a large portion, and investing the funds on a retail basis.  Sometimes they’re even allowed to “unlock” a percentage of their lump sum and use the funds for purposes other than retirement income.  I keep coming back to the main reason that employers establish pension plans in the first place: to provide a monthly pension to former employees for the remainder of their lifetimes.

The most significant change in the latest Exposure Draft is the removal of the existing requirement to assume that the plan member will commence their pension at their “optimal” age where the commuted value is maximized.  The proposed requirement is to assume a 50% probability of retirement at the “optimal” age and a 50% probability of retirement at the first unreduced age.  For some plans this will be a significant change and could reduce commuted values by over 20%.  In my view, the “optimal” age assumption, while often biased in favour of the member, was a simple and elegant solution that has broad industry support.  Given the variety of plan designs for early retirement benefits and reductions, I’m not convinced that the proposed change is significantly better than the current requirement.  I am therefore not in favour of this change.

Instead, I would keep the existing requirement to assume the “optimal” retirement age but make it clear that the actuarial profession would be accepting of a policy decision from the plan sponsor and/or policymakers permitting the reflection of the funded status of the pension plan when transferring the commuted value out of the plan.  This is the reality in Quebec right now, where a plan member who chooses to take the commuted value instead of leaving their entitlement in the DB plan could have their lump sum reduced to reflect the solvency ratio of the plan.  Given that solvency funding is no longer mandated in Quebec, and since the member could choose to leave their benefit in the DB plan with the other members, why treat the departing member better than the remaining members in the plan?  The solvency ratio would be determined assuming the “optimal” retirement age for all members of the plan, providing a result that is fair and consistent.  Plus, if this “haircut” provides an incentive to departing plan members to keep their DB entitlements intact, that’s not a bad result in my mind.

On a related note, some jurisdictions like British Columbia permit multi-employer pension plans to cash out plan members using the going-concern funding basis instead of the solvency basis.  This also makes sense because these “target benefit” plans are exempted from solvency funding and upon wind-up there would be no employer responsible to fully fund the promised benefits.  These plans are also governed by a board of trustees with the fiduciary responsibility to treat all plan members equitably and therefore the long-term going-concern funding basis seems most appropriate.

In summary, single employer pension plans should be required to calculate commuted values much like they do today, but if permitted by the policymakers, should reflect the solvency funded status of the benefits.  In my view, moving single employer pension plans to the going-concern funding basis for commuted values would not be appropriate given the potential for manipulation by the plan sponsor and the fact that the benefits are ultimately guaranteed by a solvent plan sponsor.  On the other hand, for target benefit plans it is reasonable to provide departing plan members with their share of the plan’s assets, equal to their portion of the going-concern liabilities multiplied by the going-concern funded ratio.  Let’s stop treating departing plan members better than those that remain in the pension plans.

Now, the big question will ultimately be if the policymakers/politicians/regulators will endorse the new commuted value standards from the Actuarial Standards Board.

This story is not over yet…

What’s needed is better disclosure mandated by the actuarial standards to members who have a choice between a commuted value and a pension about the pros and cons of both options since they receive biased and/or uninformed advice from some financial planners.

“If I was in charge, terminating members of DB pension plans would not be entitled to portability of their benefits”. I agree. Here are a couple of other radical suggestions:
1. Bring back meaningful vesting periods for defined benefit pension plans. It used to be 45 & 10.
2. Legislate that employers are entitled to all DB plan surplus.

The unions and other like minded interest groups would howl in protest. I know these are all stone age ideas, but it would help to tilt the landscape somewhat back towards DB plans, which are still the best method of providing adequate retirement income for most workers.

In the 70’s through the early 90’s, Commuted Values interest rates in the market were higher than valuation interest rates, so each time a CV was paid out there was a gain to the plan. Of course. the view was the plan met its obligation and all were happy.

This of course was based on guidelines set out by the regulator and due to positive valuation gains, no problem. Then the regulator said back off such regulation, let the plan sponsor with the actuaries/auditors and investment groups decide reasonable long term requirements.

So plans started to get nearer to a place where there was a much greater chance of a loss, but surplus existed on such basis, contribution requirements were low and surplus could be used,

When interest rates dropped the risk of losses grew and became obvious and although the sponsors benefited in the 1990’s and then had to pay, we push the losses to the members. Of course, most plans in Canada are better off than in the US where assumptions were always higher. They put in some rules in 2008 to bring plans into a better funded position, then had to build in solvency relief using a 30 year average of corporate bonds. Each year as the 80’s and 90’s rates drop off the liabilities grow and those DB plans which still exist in the US are in much worse shape.

The future of retirement savings is defining the cost for the sponsor and then finding ways to deliver the best outcome for the individual who has a growing responsibility to manage her/his own affairs. 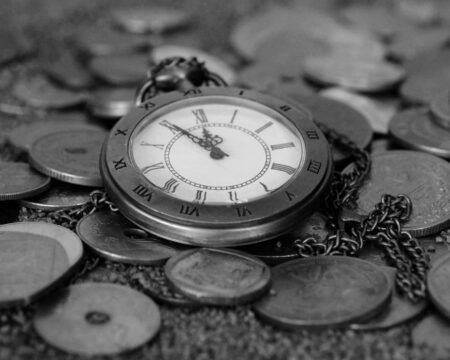 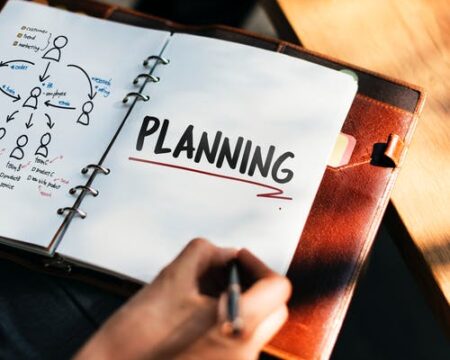