Home / Blog / The Cost of Living 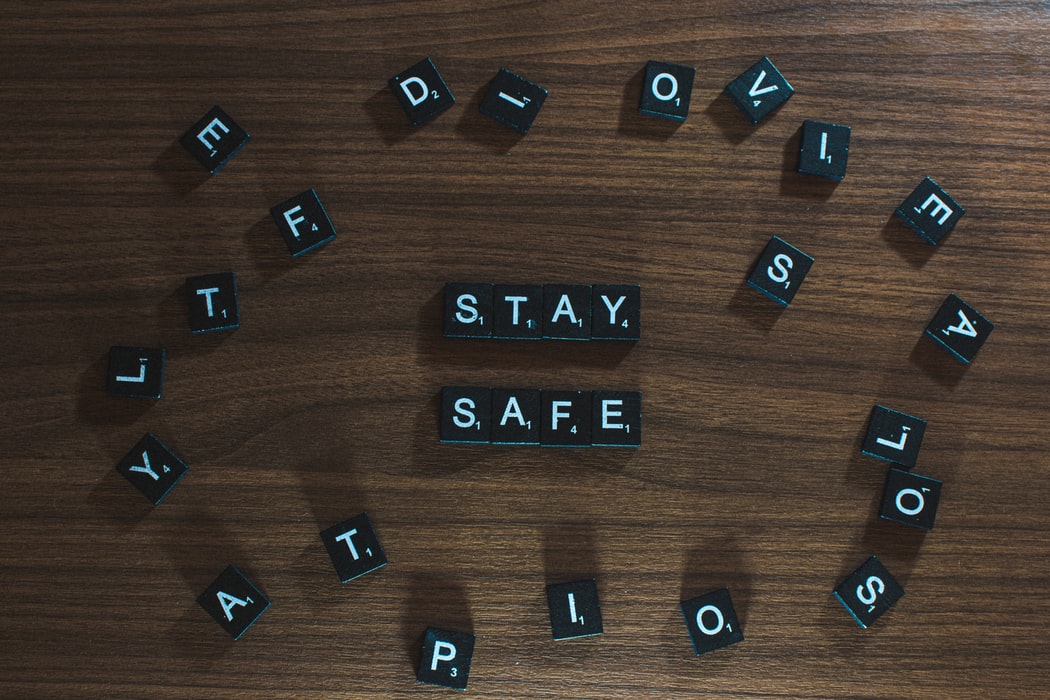 It was unsettling for me when we were introduced to COVID-19 this year.  The early indications were that it was highly contagious and for those that were infected severe illness or death would be likely outcomes.  In mid-March, I had a white board tracking cases and deaths every three days in Canada, the US, and the world, fearing we would lose millions of Canadians.  Looking back on my first commentary on COVID-19 in April when we were a month into our ‘lockdown’, it seemed that we were winning the war.

As politicians continued with their daily briefings, they assured us that decisions would be based upon the data.  This was calming for me as decisions based upon politics and emotion never seem optimal.  Unfortunately, as time has passed and I have followed the reported data and the political decisions, I have discovered that the data, to use a scientific term, sucks.

As we learn more, we are finding that there are many asymptomatic individuals that were not previously identified.  This proves two things:  First, social distancing and masks work.  Since many among us are walking freely carrying this illness, the first line of defense is avoiding the infected and the second line of defense is not having them breathe on you if you do encounter them.  It’s a shame that at the outset the experts told us that masks wouldn’t help in order to preserve PPE for medical workers.  What they should have done is told us that masks do help but you need to make your own or buy non-N95 masks.  For the life of me I can’t understand the anti-mask zealots.  Grow up and do your part.  The second thing that we have learned is that the ‘case fatality rate’ is not 10% as originally feared and isn’t likely even 5%.  New estimates of the case fatality rate are around 2%.  When we get better data on the number infected, the case fatality rate may well prove to be less than 1% although I have yet to hear any expert say its only as bad as the seasonal flu at 0.1%.

I would like to think many more of us have already been exposed and our immune systems are keeping us from any real illness.  The reason I would like to think this is because after 4 months of lockdown, Canada has 120,000 reported cases and some estimate that adding the ‘uncounted’ would only get us to 200,000.  Getting to the 12 million cases originally estimated as the minimum for Canada means we have years of lockdown ahead.  That just isn’t practical, so we are waiting on a vaccine or the possibility of herd immunity.  There is also the possibility that there will never be a vaccine and at best there will be drugs developed to help those that get the illness cope with the symptoms.

What has been lost in this discussion is what we, as a society, are willing to spend to save a life.  For those in the audience that think society, through taxation, should spend an unlimited amount of money to save every possible life, you can stop reading here.  Nothing that follows is going to line up with your beliefs and I am not here to start a fight – it’s just a discussion.

The concept of the Value of Statistical Life (VSL) is well documented in economics.  The basic idea is that there is a limit to what should be spent to save a life.  Studies of the benefits of environmental action or automobile safety features will often tie back to the lives that can be saved – as uncaring as it sounds – a cost-benefit analysis.

An interesting study published by Harvard in 2016 does some hard thinking and even harder math to ‘prove’ that VSL is not constant throughout life.  But rather than reach the intuitive conclusion that life must be most valuable at birth and decline steadily as we age, the authors figured out that the VSL increases as we grow from child to adult and have something to contribute to society and then in mid-life it starts to decline because the natural forces of mortality mean that no matter how valuable our daily contribution to society, our time to contribute is running out.

In our hospitals and nursing homes, we ask our elderly to sign off on a Do Not Resuscitate (DNR) order saying that if their heart stops no measures should be taken to re-start it.  Why? Because it is usually a stage in life where the benefit gained on the other side of the restart is not worth living and likely just imposes costs of families and taxpayers without any real benefit.  I recently learned that institutions are increasingly asking for Do Not Intubate (DNI) orders also – same rationale.  Of course, there is a moral component to these decisions to not have the elderly kept barely alive but surely it is also a decision that society accepts as balanced in the cruder cost-benefit viewpoint.

In Canada, 70% of deaths from COVID-19 are people over age 80, and 90% are people over age 70.  It is discomforting to say those lives are worth less than any other and that we should question how far we should go in saving lives during this pandemic.  To better position this question we should look at the young children stranded at home, trying to learn online, with highly variable quality of parent-teacher and technology to support them.  We should look at the teenagers and young adults trying to get started in life with a career and a family (and there is an entirely different commentary on the impact of delayed career and family formation will have on the Canada Pension Plan).  We should look at the middle-aged workers – some unemployed and overwhelmed by the stress of keeping it together, some employed and overwhelmed by the stress of keeping it together.  And let’s not forget the small businessperson with a restaurant or yoga studio that is watching their life’s work vanish before their eyes.

Do our most frail seniors really want all this struggle on their behalf when considering the impact on their children and grandchildren?  I suspect some seniors would look at the big picture and make a willing sacrifice to serve others – our veterans show us that this mindset exists.  I also suspect that some seniors are worried and are doing their best to isolate and hope the government can do everything possible to end this virus before the virus ends them.  So how do we choose a road when we don’t have consensus on what the next step should be?

By locking down over the past four months, have we made a meaningful extension to people’s lives?  I will wait for Canada’s Chief Actuary to report back on ‘total mortality’ in Canada since we know for a fact that choosing to say that any one death is from a single cause, doesn’t make sense when a patient has COVID, heart disease, diabetes and smoked heavily all of their life.

Where do we go next?  Neither of the extremes of full lock-down and ‘back to normal’ are likely to deliver a society we want.  We can open more and have more illness, or we can stay locked down and condemn generations ahead to unmanageable debt and ruin the productive lives of many.  I think the full lockdown in March/April made sense to try to get ahead of the virus.  As mentioned, had we gone to masks immediately we might have been restarting business in May rather than August.

For me, the answer is about where we are in Ontario – tilting towards opening and giving business owners and workers a chance to make it on their own while taking extra measures to try to protect the vulnerable and to avoid overwhelming the medical system.  Eventually government spending needs to fall but it may stay the same or rise as we try to create a world where people can safely go to work and school.  When you consider the cost of being shut down, it’s hard to think we can spend too much on finding a vaccine.  In the meantime, we need to accept wearing masks when we go indoors and avoiding large gatherings like a hockey game (the Leaf’s blowing their chance for 2020 makes that an easier sacrifice for some of us).  But let’s be clear, it’s a balancing act and whether you like or dislike Doug Ford, he is walking the fine line in Ontario as best he can with the best data that he can find.  I suspect all our Premiers are trying to do the same.

Stay safe.  I hope to see all of you in person someday – it just may not be as soon as I originally had hoped.

Hi Joe. Good general commentary, as always. I do think the pandemic gives us a chance, especially as actuaries (in collaboration with doctors and other scientists), to elevate and explore the idea of the “statistical value of life” (I don’t think the value of statistical life makes any sense). As a profession, we need a better term for it, but as you say it is really a simple concept based on a cost/benefit analysis and it is not confined to situations related to the Sars-Cov-2 virus or near end of life. It also relates to the cost of incredibly expensive drugs (for example) that can help only a select few of people for very rare conditions. Now, we cannot predict the future of any individual (a particular person saved could go on to invent something wonderful or find the cure for cancer or whatever) so this has to be a purely data-driven (analytic) exercise that drives government and business policies. This is a very sensitive subject and I think everyone can agree that every life has value and there are moral issues at play, but we need to stay focused on the point of the cost/benefit analysis. Money spent to save lives has to come from somewhere (e.g., taxation, private investment) and there needs to be a return on such investment at a society level and furthermore we must remember the time scales on which we are working — decades. So future generations are affected too (e.g., burdening our kids with unsupportable government debt). Actuaries could really play an important role in helping elevate/calculate/disseminate this cost/benefit analysis in an objective manner to help shape government and business policy decisions and regulations. This has always been an important subject, but perhaps the Sars-Cov-2 (Covid-19 infection) pandemic gives us a chance to move this forward. The virus will continue to significantly influence our lives for years to come, so perhaps our governments and businesses need better data and analyses to guide policies that will affect society over the next several decades, but also allow for more immediate decisions (whose consequences will reverberate for decades). 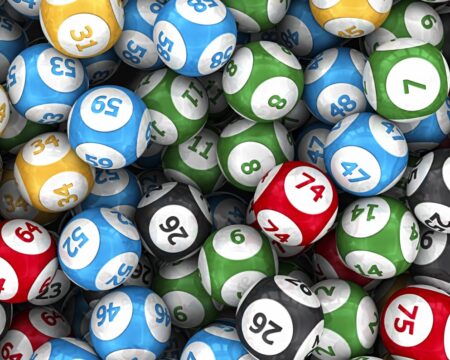 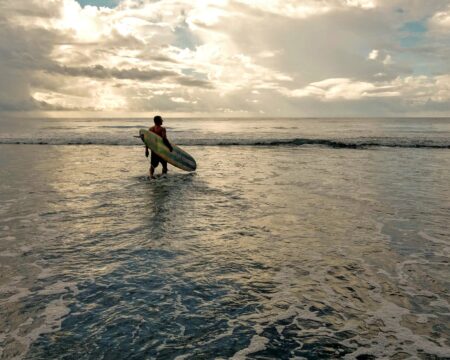 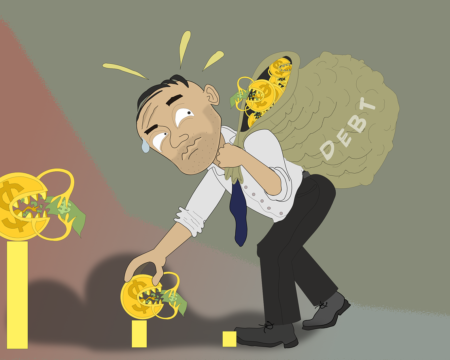