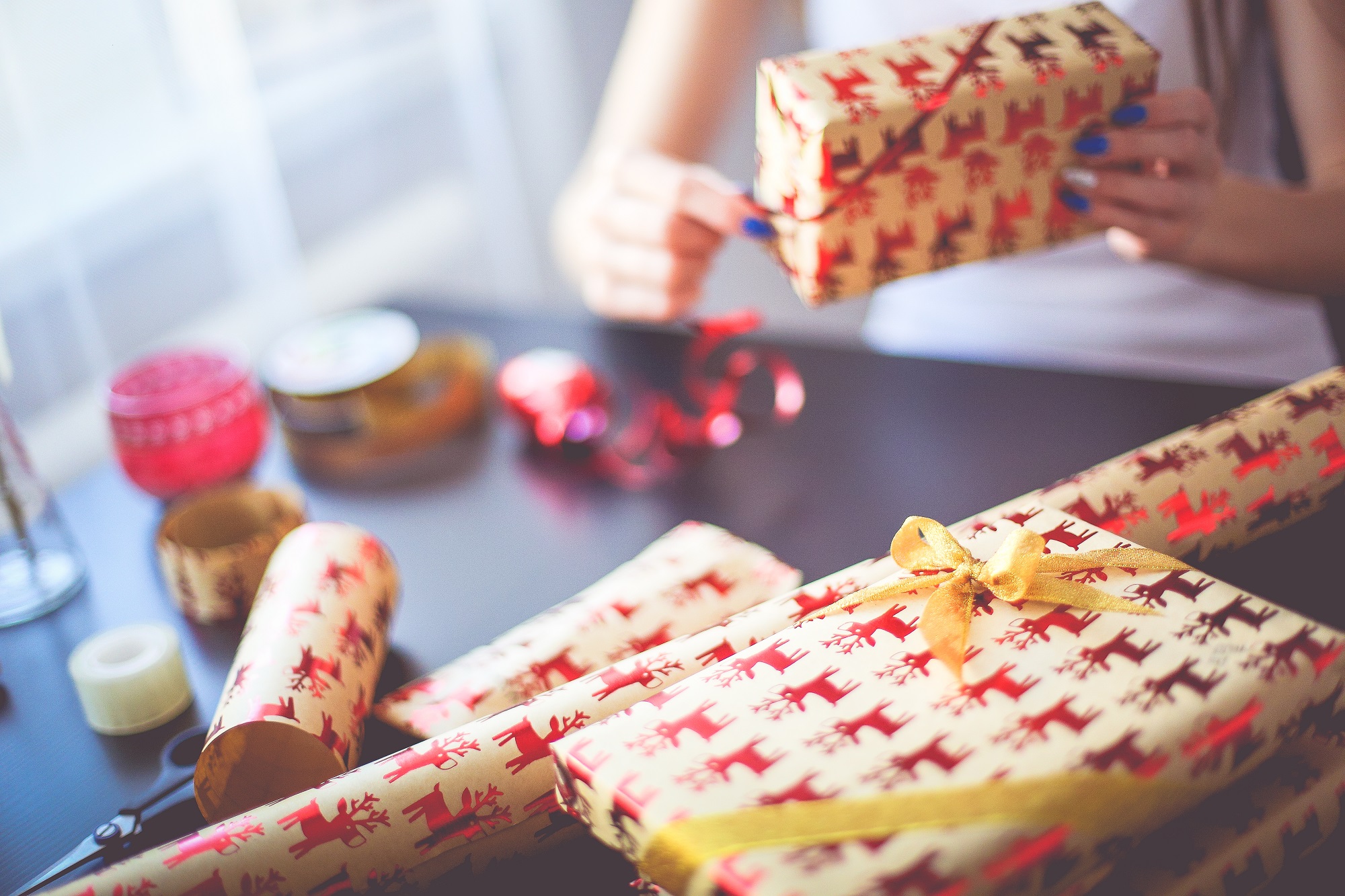 I received in the mail yesterday a present from Jean-Claude Ménard, the Chief Actuary for the Canada Pension Plan and Fellow of the Canadian Institute of Actuaries.  As is customary for my family at this time of the year, I put it under our tree at home to open later in the month.  But like a curious 7 year-old, I couldn’t wait and when I woke up early this morning, I peeked inside when no one was looking.  You can only imagine my excitement to find the 26th Actuarial Report on the Canada Pension Plan prepared at December 31, 2012.  I have been asking for this gift for months since calls for expanding the CPP started echoing from all corners of Canada.  For those that read my earlier post titled Bad Idea #17 – Expanding the Canada Pension Plan , you will know that I am entirely against the idea of putting any more eggs in the CPP basket.

After a breezy two and one-half hour read, here are some numbers to reinforce why on one hand you shouldn’t be panicked about the sustainability of the CPP but on the other hand why you shouldn’t assume that delivering all the benefits promised over the next 75 years at the current price is guaranteed.

First the good news, The Chief Actuary, supported by a band of ten more Fellows of the Canadian Institute of Actuaries, has done an incredibly good job to produce a report that is very thoughtful and informative.  Any actuary will tell you that it easily took thousands of hours to develop a reasonable set of assumptions and to perform the myriad of calculations that make up the report.  My guess is that writing the report alone after all the work was done took more than 100 hours.  The Chief Actuary’s fundamental conclusion is that the current 9.9 percent contribution rate is sufficient to pay the benefits promised under the CPP for the next 75 years.  So for politicians and citizens at-large, Mr. Ménard’s message is that it will all be OK.  Doesn’t that make you feel warm and fuzzy?

So why am I so strongly against expanding this gem of social engineering?  Simply put, there are so many assumptions being made about the next hundred years in Canada that we really don’t know how things will turn out.  It should be understood that the Chief Actuary’s assignment is to prepare a “best estimate” – not an optimistic “everything is going to be easy” or a pessimistic “the world is going to hell in a hand basket” estimate.  The plan ultimately might only cost 8% if things go well and might cost 12% if things go badly.  To me, the worry is that the 12% cost assumes that things go badly in the future but we start paying for that bad future now – if things go badly in the future and we wait for ten or twenty years to start paying, the stakes are much higher.  Remember, my father and his employer paid a modest 3.6% starting in 1966 until he retired to get a full CPP benefit — I will be paying 9.9% for most of my working lifetime, in part to pay for what we undercharged him.  We waited way too long to start increasing the contributions required by his generation.  If we figure out in ten or twenty years that we are under-charging the current generation of workers then when are we going to bite the bullet and increase contributions and who is going to be working at that time to pay the higher costs?

Economics:  Ménard assumes that real wages will increase over the long-term by 1.2% a year.  Most actuaries of the 70s and 80s would say that sounds reasonable but it should be pointed out that for the last 15 years that real wage growth has been closer to 0.5%.  Everywhere I go, I find reports that tell us that the children of China, India, and Brazil will ensure that our children will increasingly live in a declining real wage environment.  I don’t think we should bank on any real wage growth for the coming decades let alone growth over 1.0% per annum.  Interestingly, the report provides us with some interesting insights.  If real wage growth stalls at 0.4%, then the steady-state cost of the plan is expected to increase by 0.67%.  Actual wages are also assumed to grow with price inflation which the report assumes will be 2.2% for the long-term.  But if price inflation is only slightly lower at 1.8%, then the cost is expected to rise 0.13%.  Strictly speaking, you can’t just add these two numbers together but it isn’t hard to see that contributions could rise 1% if the economic slowdown that we are experiencing is more permanent than temporary.

Demographics:  Three key demographic assumptions drive the cost of the plan, how many babies are born and enter the workforce, when we retire, and how long we live.  I won’t pick a fight on the middle one – Ménard has increased the age at which we can expect to retire – a move that I think we all would consider prudent.  On fertility, the report assumes the fertility rate will stabilize at 1.65.  This means that the average family is expected to have fewer than two children.  The report also tells us that if fertility drops to 1.4, a level similar to Italy and Japan, the cost of the plan will rise by 0.33%.  On mortality, simply put, if mortality continues to improve more rapidly than predicted you can add another 0.38% to the cost.  As noted above – these rates aren’t additive, but it isn’t hard to see another 1% increase in contributions as a result of changing demographics and workforce participation.

So here is the bottom line.  We don’t know how much this program is going to cost in the future.  A boat load of smart actuaries have collaborated to determine that the best estimate is that it will continue to be affordable at the current cost.  But within their work is an admission that the real world may not turn out as expected and their work is positioned to be able to say “I told you so” if the cost goes up by 20% or 25%.  Now who
wants to double down on that bet?

Great read Joe – enjoy your very informative and insightful entertainment. Economics is as you know called the Dismal Science – likely dismal in the reliability of forecasting. Alternatively, you could say economics is the creation of fiction based on facts. Unfortunately looking backwards does not always guide us well going forwards.

Joe, although I often agree with you, I think you are way off base on the subject of the CPP.

Is the CPP a “gem of social engineering”?

I start from the premise that the current combination of Old Age Security and CPP is not enough on its own to provide for the retirement income needs of middle class Canadians. Something extra is needed. What is the best source of that extra retirement income? More Guaranteed Income Supplement (GIS) is not the answer, as it is simply welfare for seniors, and creates inappropriate incentives – but it is an attractive option to short-sighted politicians who, when faced with too many seniors in poverty, will be pressed to do something. Employer-provided defined benefit plans could fill the bill, but they are disappearing and are unlikely to come back. Defined contribution plans, whether employer-provided or personal, are great until the plan members realize, often too late, that their seemingly large accumulation of assets does not provide much annual income, and during their retirement they are subject to terrifying risks with respect to investment returns, longevity and inflation.

So that leaves the CPP. It provides a defined benefit retirement income that is somewhat related to the individual’s income at retirement, indexed to inflation and includes survivor protection. In other words, it provides retirement income in a way that matches people’s needs. As the CPP actuarial report indicates, it is funded in a reasonable way, that involves minimal inter-generational cross subsidies. And it entails minimal administration costs or investment expenses. So of the alternatives currently available, it is the closest to being a “gem”.

Should we worry about the CPP contribution rate going up?

It is true that the CPP contribution rate is now 9.9%, much higher than the initial rate of 3.6%. That escalation is mainly due to two factors. First, the initial rate of 3.6% was chosen politically, and was not based on any reasonable actuarial funding policy, so it was bound to be insufficient to pay for the benefits promised when CPP was set up. Secondly, the CPP benefits were improved several times, without any corresponding increase in the contribution rate, making the situation worse.

In the late 1990’s, the federal government finally faced up to the CPP funding problem. As a result, the law was changed to ensure that the current CPP benefits are funded on a reasonable actuarial basis, and to require that any future improvement in the CPP benefits must be fully funded on a self-supporting basis. So unlike the situation that once prevailed, it would not be possible under the current law to improve the benefits now and pass the cost on to future generations.

In your essay, you worry about the possibility that the required contribution rate will have to be increased if the actuary’s best-estimate assumptions are not borne out by future experience. That is a legitimate concern. But the same concern applies to any retirement income plan. It is not peculiar to the CPP. For example, if longevity increases more than assumed, it will affect the cost of any retirement benefit, whether provided by the CPP, an employer-provided defined benefit plan, or a defined contribution arrangement. And because the CPP actuary’s best-estimate assumptions are updated every three years, and subject to independent peer review, it is likely that any major change (e.g. lower fertility, or earlier retirement) will be spotted and an appropriate adjustment in the best-estimate assumptions will be made in a timely manner. So why criticize the actuarial process as it applies to the CPP? At least the CPP actuarial report includes sensitivity tests to illustrate the potential impact of variations in the actuarial assumptions.

Great points Joe. In addition, all of us baby boomers will need more and more resources as we age including beds, care and more doctors and nurses. I am in fact putting a column together for the national press at the behest of my physician who will take it with him to the next OMA and other conferences he attends. The gov’t just doesn’t get it and your children and grandchildren, like mine will be left with an unfathomable debt and no money to pay and NO healthcare.

Joe:
Hopefully our elected representatives will read the CPP actuarial report, as will Finance Minister Flaherty and try their best not to use this CPP issue as political fodder.

Clearly not a kosher deli! 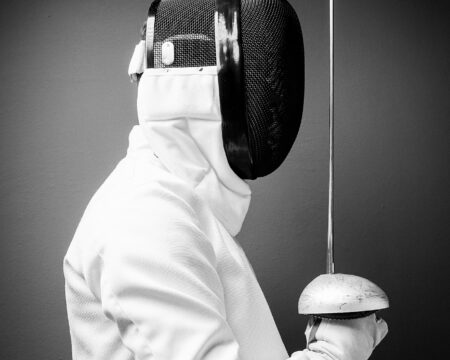 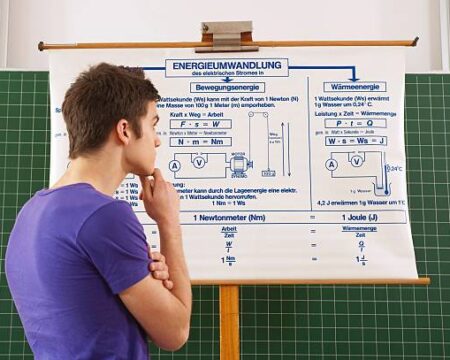 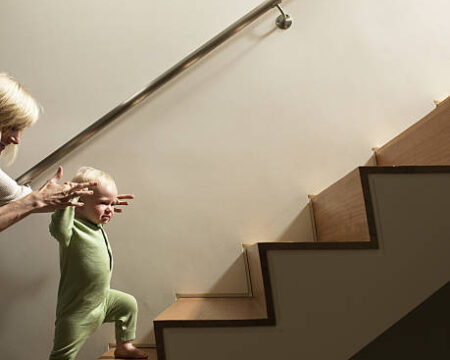